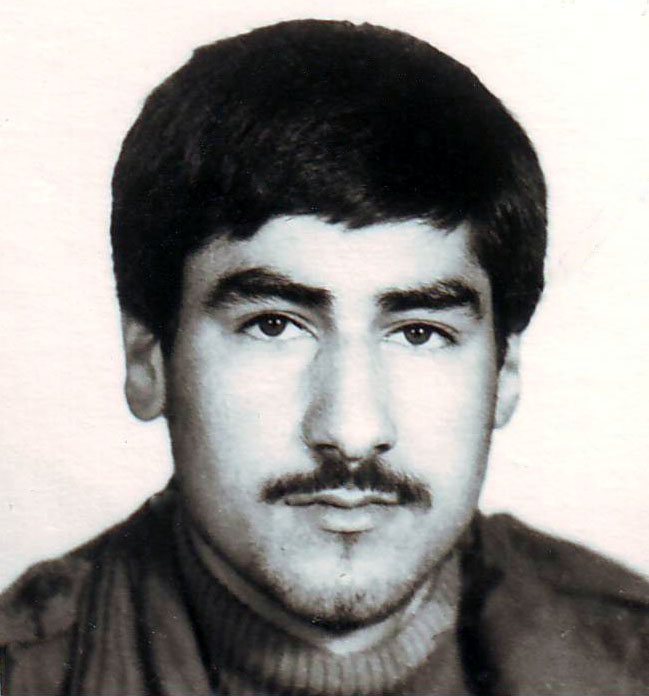 Martyr Mohammad Hossein Nazeri was born in Khanik village of Ferdows city in religious, hardworking and loving families of Imams (as) on the fourth day of Farvardin 1344. Many of the rural students in the city went to Ferdows and finished middle school at Seyyed Jamaluddin Asadabadi School, and then entered the Taleghani High School by choosing an experimental field, and after spending a year, changed the field and the field. He chose economics and in the second year of high school, in 1982, he went to the front with some of his friends

After returning from the region, he was able to be accepted in the second year of high school with great effort and effort. He had mentioned diligence, zeal and perseverance in such a way that he did not even have his eyes on the hands of others and even relied on himself after God. Properly done.He was famous for his special and general courage and never went under the burden of wrongdoing and strongly defended the right. He participated and was accepted, but due to the effects of burns on his body from the age of 4 (at the age of 4, burns were caused by pouring boiling water on his hands and back, which healed due to treatment, and only the effects of burns on His blessed hand remained.He was rejected and was disappointed with being accepted in the officer’s college. He had a great hurry to go to military service. He served in Kurdistan and went to the region to confront Komala and the Democrats. During this time, he occasionally took time off to visit his family and work in agriculture and animal husbandry until he endured the cold and unbearable weather in Kurdistan. He completed 25 months of his mission, and since a month had been added to his military service, he seemed to be inspired to drink the nectar of martyrdom, so he came to his hometown to visit his family, and this time to The last time, his heart really changed and it was obvious from his face. Finally, after 15 days of leave, he went to Mashhad on 11/1/1365.And after staying there for two days and visiting the holy shrine of Imam Reza (AS), he left for the war zone, and after a while, while his mission was not over for more than 20 days, on Thursday, 11/16/1365, by the evil Ayadi And the enemy of the tongue was targeted and lost, found his soul and filled it with his beloved.

May his soul rest in peace, and may too many people follow his way

Part of the martyr’s memories

He did not know that Imam al-Zaman is our commander and the truth is always victorious, and he fired so many bullets at us as if it were raining and God is watching. We prayed, as we sat or prayed or prayed, the fire continued for an hour, we said to ourselves from under this fire a lot; We did not come out safe, so that our ears were sore from the terrible sound of the explosion. But because God forbid, no harm was done to us or our friends. After a few days, it turned out that the others had given the fifth pillar of our hill fortifications to the enemy, or that they themselves knew

“This time, too, the enemy fired a lot of fire on our trench. We were not harmed, and from this it became clear that Imam al-Zaman was with us and Imam al-Zaman did not allow mortars to fall on our trench, all of them deviated from their orientation or did not act.”